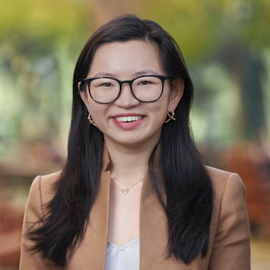 I am an Assistant Professor of Finance at Stanford University’s Graduate School of Business. My research is on the intersection of finance, international trade, and economic history. I am a CEPR Research Affiliate in the IMF and ITRE groups.

Please email me if you are interested in part-time research assistance opportunities.

I am hiring a full-time research assistant starting in July 2022. More information here

I study the first modern global banking crisis that began in London in 1866 and provide causal evidence that financial sector disruptions can reshape international trade patterns for decades. Using newly collected archival loan records that link banks to their operations abroad, I estimate that countries exposed to banks whose headquarters in London failed exported 17% less on average to each destination until 1905. Exporters trading with destinations for the first time, facing more competition in goods markets, and with little access to alternative forms of credit experienced more persistent losses, consistent with hysteresis arising from high sunk costs of entry into exporting.

This article examines the role of banks in expanding the traded sector of local economies in the United States in the 19th century. The National Banking Act of 1864 created a new class of better-capitalized banks that issued riskless liabilities that circulated as a more stable transactions medium. The improved liquidity of their liabilities was especially important for long-distance exchange. In order to identify the causal impact of this financial change, we use the regulatory feature that national banks faced capital requirements defined by town population cut-offs. Using the capital requirement discontinuity as an instrument for national bank entry, we find that the composition of agricultural production shifted from non-traded crops to traded crops and that employment in trade-related professions and businesses grew. Counties with access to national banks also experienced significant manufacturing output growth from sourcing more inputs, and they innovated more in product markets. These results are consistent with the change in the financial sector improving locations' market access.

We introduce novel data on the universe of multinational banking activity during the first age of globalization from 1870 1914 and show that these financial connections significantly increased trade volumes. First, we describe the data and show that the distribution of countries `exporting' banks is very skewed: the top four exporters are responsible for almost 80% of all multinational banks. Second, we show that there is a significant positive relationship between a multinational banking connection and exports using a standard gravity framework. We also employ a near-neighbors approach to disentangle the causal effect of bank entry from the possibility that banks simply anticipated exports growth.

Data from my working papers will be posted soon.